It’s here! Today is the official release date for John Prine: In Spite of Himself, now available on the shelves of your favorite bookstore. The book has actually been in circulation most of this month — friends have been reporting getting copies in the mail over the past week and a half.

The subject of my book and the older brother who first inspired him to pick up the guitar have both been busy preparing new releases. Oh Boy Records will release a limited-edition, vinyl-only John Prine live album for Record Store Day, April 18. It’s called September 78 after its recording date, from a show Prine played with a full band at Park West in Chicago. This Bruised Orange-era concert will be released on orange vinyl. It features a badass cover photo from that era of Prine wearing shades, and a version of “Treat Me Nice,” a song by one of his boyhood heroes, Elvis Presley. 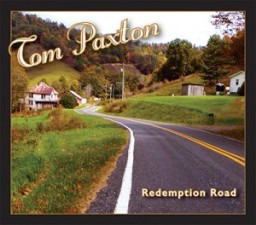 Prine also makes an appearance on a new album by a singer who got started in the Chicago folk scene years before him: 77-year-old Tom Paxton. Frequent Prine producer Jim Rooney (Aimless Love, German Afternoons, John Prine Live, In Spite of Ourselves) was in the control room at the Butcher Shoppe, the studio Prine co-owns in Nashville, to make Paxton’s Redemption Road. The album just came out on Tuesday. Prine joined his old friend to sing a verse on “Skeeters’ll Gitcha.”

“If he called me, I’d be there in a heartbeat,” Paxton told broadwayworld.com. “That’s what friends are for. To sing a verse in a silly song.”

Fiddlin’ brother Dave, meanwhile, has reunited with his old National Recovery Act partner, Tyler Wilson. They’re joined by Jim Chesney in another old-time band with a name (BluEagle String Band) and album title (We Do Our Part) similarly inspired by FDR-era New Deal programs. The album showcases such vintage country and bluegrass tunes as “Hello Stranger” and “Eight More Miles to Louisville.”

Don’t forget: I’ll make an appearance on “The State of Things” on WUNC radio at noon on Tuesday to talk about my book. The show will be broadcast live from the Upstage Cabaret at Triad Stage in downtown Greensboro.

One thought on “I shall be released” 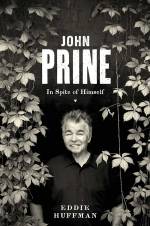